Fence to live.  Live to fence.

Free Fencing Trial For Kids And Adults
Try a free class or  sign up online to schedule a lesson.  For more information,  call Swords (818) 281-0564.
Swords Fencing Studio teaches epée fencing at all levels from beginners to advanced fencers, from kindergarteners to adults.  We offer private instruction as well as group fencing lessons.  We encourage our students to try their best, whether they want to fence recreationally or on the national or even international level.  We promote sportsmanship on and off the strip.

​Swords Fencing Studio is a community of supportive fencers (and families) of all ages and backgrounds, that, training together under the watchful eye of Tigran Shaginian, Head Coach, celebrates the wins and learns from the losses. We enjoy cheering on our beginning fencers as much as our NCAA and World Cup fencers. . Swords fencers understand the meaning of sportsmanship and appreciate each other's efforts, on and off the podium. ​Many of our students compete nationally and internationally and are recruited by the top fencing colleges.

Swords Coach Tigran Shaginian coached the Team USA 1, including Swords fencer Stafford Moosekian to victory in a nail biting finish against the Swiss. USA 1 was behind 12 points, but caught up and defeated the Swiss 45 - 43. 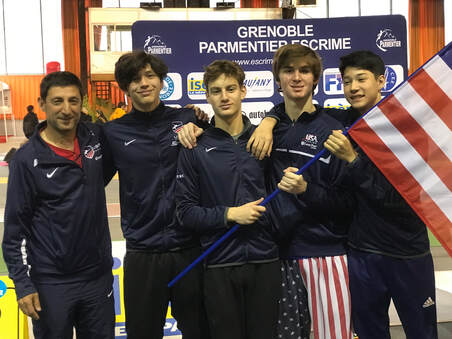 Congratulations to Ryan Lee and Coach Tigran for taking Bronze at the 2019 World Cup in Budapest! This was Ryan's first, but certainly not last, World Cup!
​ 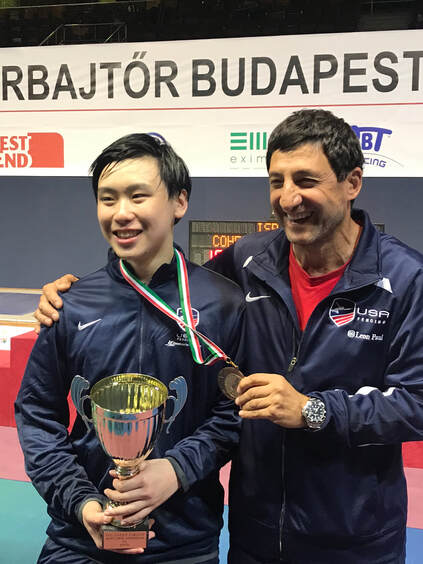 Congratulations to the USA Junior World Cup Team for the Silver Medal at the World Cup Championships in Torun, Poland!  This is the first Junior team medal in 20 years, since 1999, and the first Silver medal ever! Stephen Ewart, in addition to being anchor for the team, placed 7th in the individual World Cup Championship event.  Huge kudos to Stephen and Coach Tigran!  All the effort and training pays off! 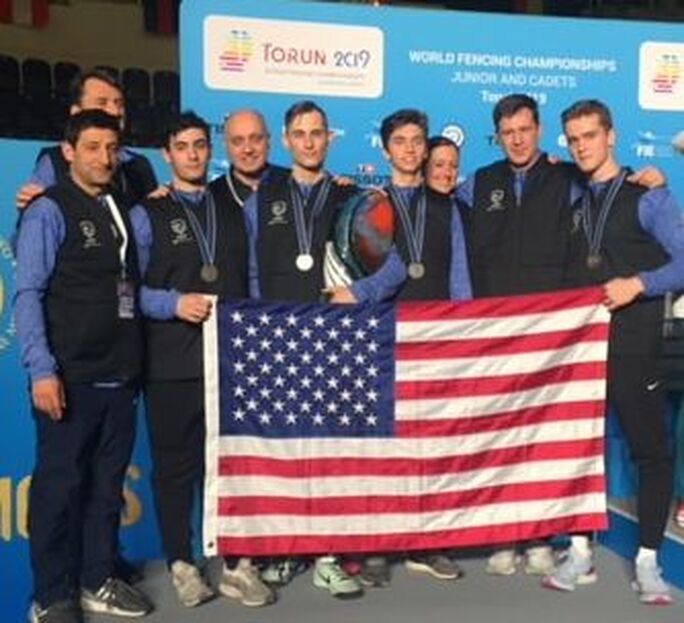 Congratulations to Swords Fencer Stephen Ewart and Coach Tigran on earning Gold at the Junior World Cup in Riga, Latvia! 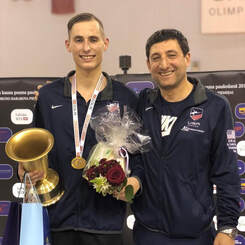 Get the Newsletter!
For Email Marketing you can trust.